When a pie chart is the right choice? 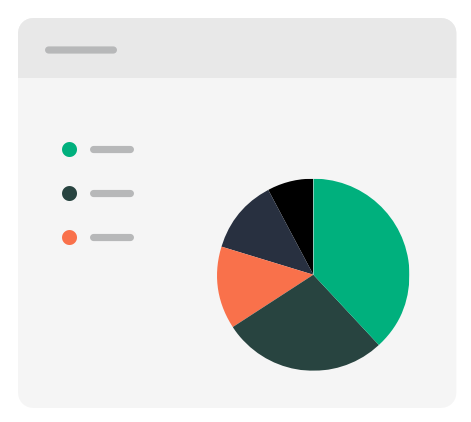 The right use of visuals is the core of efficient BI reporting. The chosen visual type affects a lot on how easy it is to read the specific metric. In this article, our Data Analyst, Valtteri Nättiaho, describes briefly when a pie chart is a right choice to present metrics.

Recently we had a team-building day when our analytics team raced to build the best reports possible while only having one hour to work with. The results were incredible visually, but under the scrutiny of thirty or so analysts, there was no room for errors.

The winning report had one issue, which under the circumstance was understandable, but it prompted me to write this article. The team that built the report chose to use a pie chart to combine three different measures in one. The measures used had different aggregations, so the end result did not make much sense.

A pie chart is visually one of the most pleasing types of charts, and it is one of the staples of reporting. However, while it is quite fun to use, there are some pitfalls that one can make while using pie charts. These include comparing data with different levels of granularity, displaying negative values, and comparing too many categories.

The best way to utilize a pie chart is to show the composition of something. For example, you could use it to show the relative amounts of different fruits sold in a market. Here we can easily see that peaches are sold a lot, and dragon fruits are not all that popular. However, if I were to ask, "Are apples sold more than grapes,"  it would be hard to answer the question using a pie chart since the categories are of similar size. If this is the question we are trying to answer, we should use a bar chart.